How to check Ubuntu Version

For the most Linux users, knowing the version of the linux distribution being used is important. In this article, we will discuss how to verify and vi 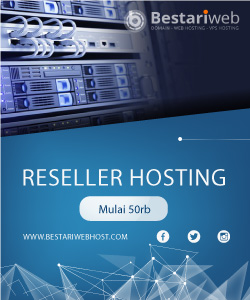 For the most Linux users, knowing the version of the linux distribution being used is important. In this article, we will discuss how to verify and view the version of Ubuntu

In a work environment, we need equipment to complete various tasks. The same is true when working using a Linux server or operating system that does not have a graphical interface. By knowing the version of the tool currently used, you can know what packages or applications you should install.

Ubuntu releases several versions every 6 months, every years. The numbers do look a lot, but the variety of versions released helps application development become more controlled. Usually the latest version of Ubuntu is released every April and October. Ubuntu 18.04 mean that this version was released on April 2018.

Every two years, there is an LTS version released (long term supported) with long-term assistance for at least 5 years. The current LTS version is version 18.04, which was released in April 2018. Some of you already know that the numbers in the Ubuntu version refer to the year and month of release. Thus, the upcoming LTS version is 20.04. That is, if they still use this naming method.

Meanwhile, other versions not included in LTS have short-term assistance. The goal is just to test new features and fix bugs.

How to check Ubuntu version in terminal

There are several options that we can use. Some linux commands are able to display the ubuntu version directly, and there are also linux commands that show more information about the system.

The easiest way to find out which version of Ubuntu is currently used is to run the lsb_release command :

besides using the lsb_release command, we can also use the cat command to see the version of ubuntu that we are using.


The output of above command are:


Or using this command:


And the output of above command are:

This site uses Akismet to reduce spam. Learn how your comment data is processed.